The post season came to an end for a number of the Red Devils team this past week though Red Devils track is still going after a few athletes will be competing in the New Balance Nationals Outdoor National Championship in Philly next weekend.

June 9th Away Burlington 0 Westborough 5
The Lady Devils’ season came to an end after a shutout loss to the second seeded Westborough Rangers on June 10 in the “Round of 16” of the MIAA Division II Playoffs. Five seniors are departing from the team including Haylee Doiron, Gabrielle Mallard, Anna Perl, Roberta Petruzzelli and Annabel Wiley.

June 8th Away Burlington 0 Belmont 5
The Red Devils had a dissapointing end to their season after falling to Belmont Marauders 0-5 in the “Round of 16” of the MIAA Division II Playoff Tournament. Eight seniors are departing from the team this offseason including Ronak Gade, Om Mehta, Rushil Patel, Malachi Riley, Thomas Ryan, Rohan Varma, Nicklas Walstram and Sakishan Wigneswaran.

June 8 Home Burlington 11 Canton 2
Lady Devils Lacrosse competed against the twenty-second seeded Canton Bulldogs on June 8 at Varsity Field.  Click here for the highlights. The ladies scored eleven goals against the Bulldogs as seniors Jolene Russo had four goals, Bella Colozzi had three and sophomores Charlize Collins and Illex Fowler both had two each.

June 12 Away Burlington 9 Dartmouth 10 (overtime)
Burlington’s season came to an abrupt end when they competed against the sixth seeded Dartmouth Indians in the “Round of 16” of the MIAA Division II Playoff Tournament. The girls scored nine goals against Dartmouth including Jolene Russo with three goals, sophomore Charlize Collins with two goals , senior Bella Colozzi with one goal  and sophomores Illex Fowler, Caroline and Jill Russo all had one each. 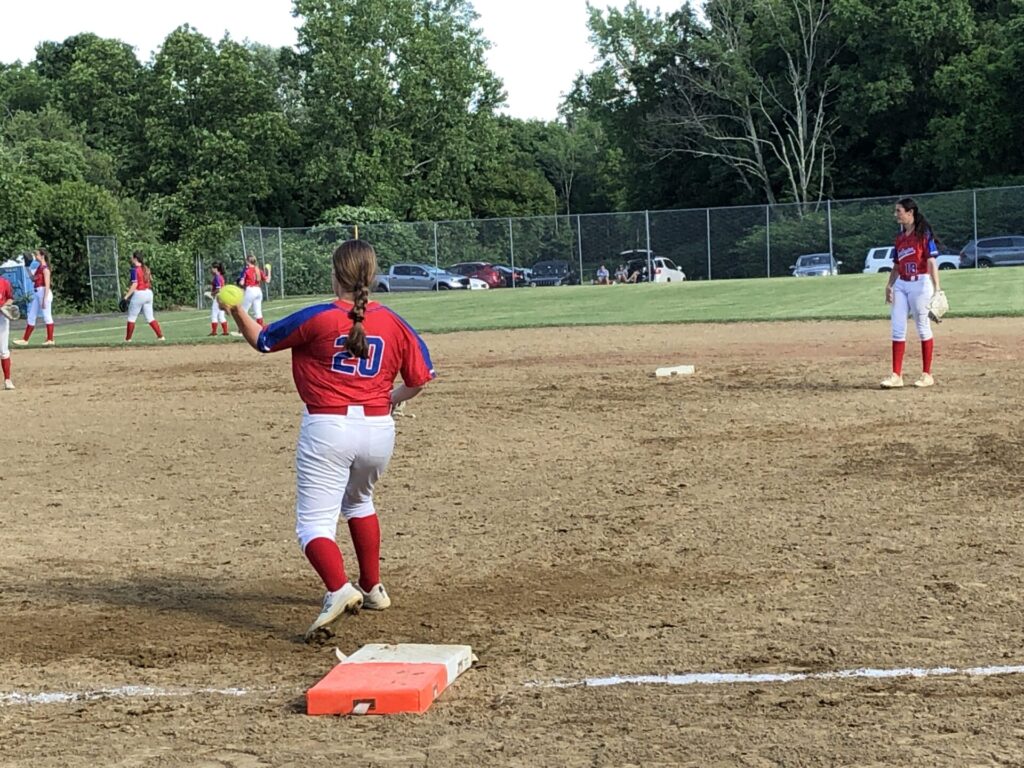 June 8 Home Burlington 1 Grafton 2
Lady Devils Softball had two playoff matchups at home over the Plymouth South Panthers in the “Round of 32” and the Grafton Gators in the “Round of 16” of the MIAA Division II Playoff Tournament. Click here for both highlights. Two seniors are departing from the team Sofia Wojtaszek and Reece Mclean.

Red Devils:
Red Devils track athletes Eric Sekyaya, Anthony Abbott, Anthony Minichiello, Quinn Flaherty and Rithikh Prakash are all competing in the New Balance Nationals Outdoor National Championship in Philadelphia, PA. Prakash will run the 5K event on June 16 and the 2-mile on the 17th. Abbott, Sekyaya, Minichiello and Flaherty will compete in the 4×400 relay race on June 19.

Good luck to everyone competing in Philly and all the graduated seniors.