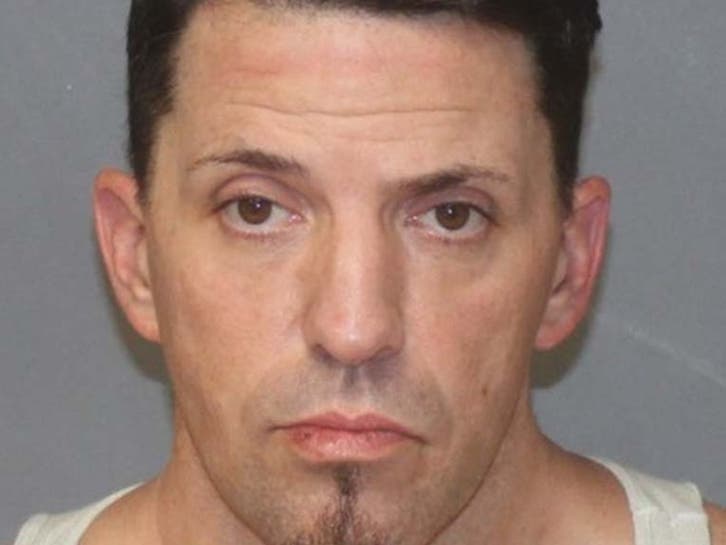 Chief Thomas Browne reports that the department arrested Damon Bonnell, 44, of Pelham, N.H. on charges of Malicious destruction of property over $1,200 (two counts), Breaking and entering motor vehicle at night and Attempt to commit a crime (Larceny over $1,200).

According to police, on Wednesday, September 22, at 4:46 a.m., Burlington Police received a report from the owner of a used car dealership and garage in the area of Route 3 that surveillance video of the property showed an ongoing attempt to break into vehicles on the property.

Police say suspects fled in a vehicle, but one individual fled from the vehicle and attempted to flee on foot as police pursued. That man, later identified as Bonnell, was arrested after a short foot pursuit.

The vehicle used in the incident fled on Route 3. Police say the investigation remains ongoing.

“This incident is a good example of cooperation between police and a local business owner helping to prevent a more serious crime and additional damage to property,” Chief Browne said. “I’d like to commend this business owner and thank him for his quick response.”

Catalytic converters are part of a vehicle’s exhaust system that converts toxic gases and pollutants into other gases. They are often targeted by criminals who want to resell rare metal contained within the converters when metal prices are high.

In response to an increase in such thefts across the region recently, Burlington Police would like to provide the following tips to help prevent such thefts:

Anyone with information about this incident, or anyone who spots suspicious activity in town, is asked to call the Burlington Police Department at (781) 272-1212.

These are allegations. All suspects are considered innocent until proven guilty.

Rich Hosford
Richard has over 14 years in community news and experience covering local politics, crime, events and features. He began his career at a weekly newspaper then moved on to become a daily reporter. In 2010 he became the first editor of Burlington Patch before joining BCAT in 2014 as News Director. Rich has a master's degree in Journalism and Public Policy from Northeastern University.
Police
Recent Stories
BCAT News
Programming
Get Involved
About BCAT
Stay Connected