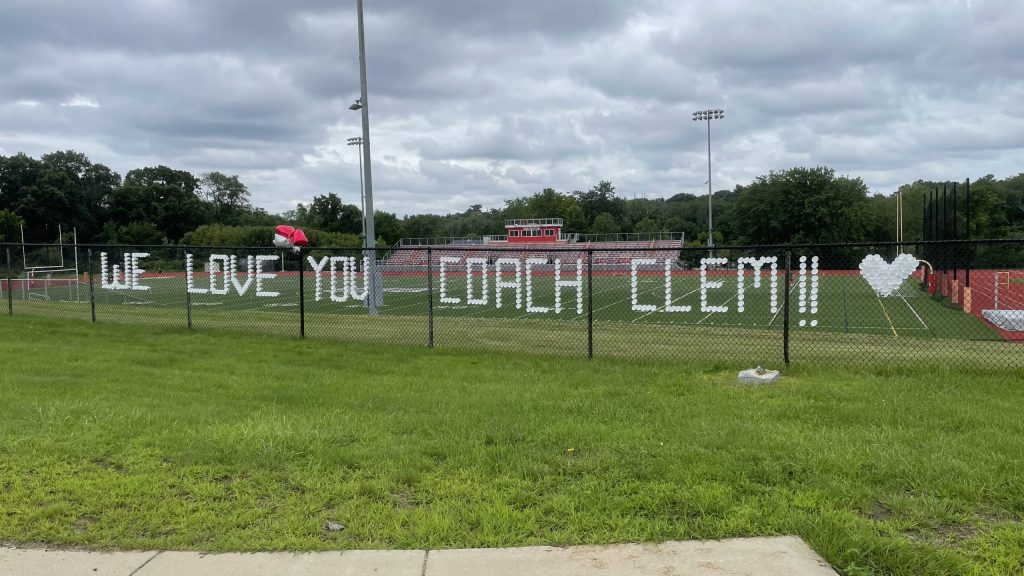 Longtime Burlington Resident and Former Burlington High School Varsity Cheerleading Coach Linda J. Clement has passed away after a long battle with cancer at the age of 69.

Linda was born in Medford and was one out of seven girls to parents Jean and James Canty. The family moved to Burlington when 5 and became fixtures of the community. Linda was a 1970 graduate of Burlington High School and during her time there she was a cheerleader for Varsity Hockey. After graduating, Linda stayed active in Burlington Sports as a coach and supporter. She coached cheerleading for Burlington Pop Warner and Burlington High School football, hockey, and soccer  She was a member of the Pop Warner board and director of their cheerleading program.

As a mother of four children, Linda saw her son and daughters actively involved in a variety of Red Devil Sports Hockey, Football, Baseball, Softball, Basketball, Soccer and Dance.

“It gave her great joy to see them compete and love the sports they participated in.  It was about teamwork, cooperation, pushing oneself, self-identity, and having fun,” her obituary reads. “Linda tried to instill those values upon all her athletes whom she coached. And of course, Linda and all her family were big Patriots, Red Sox, and Bruins fans. Linda knew that sports were more than just winning and losing.”

Linda was dedicated to her family and friends.

“Linda was all about family, extended family, and friendships,” her obituary says. “She had a wonderful devotion to her mother and her sisters were some of her best friends. Her children and grandchildren became her entire world. She loved the holidays. There would be 40 or 50 family members and friends squished in their modest home for Christmas Eve. There were even more family and friends for their July 4th cookout. Everyone was welcomed at the ‘Canty’ home. Linda had a wonderful circle of friends that she cherished and maintained for many years from high school, Burlington sports and Bingo. Linda was a welcoming loving woman who has been an important part of the Burlington community for over 5 decades. She will be greatly missed, forever remembered, and lovingly recalled.”

Linda is survived by four children, three daughters, Michele Henderson of Burlington, Jodi Boucher of Tyngsborough, Erin Clement of Billerica, and one son James Clement, Jr. of Burlington. She was also a grandmother of Levi Henderson and Conor Boucher.

You can read the full obituary at www.sullivanfuneralhome.net

Robert Parris
Robert Parris is BCAT’s Sports and Features Reporter. Robert first got involved with BCAT in January 2016 as a volunteer news reporter. Throughout the year, as a volunteer, he was busy developing his technical skills at the studio and his ENG skills in the field. In the summer of 2017, Robert joined the team full-time. He quickly settled into his role, providing all of the production support for our news programs, as well as providing weekly sports highlights. Robert also produces a weekly feature for BNEWS, as well as a monthly show called, BNEWS Sports Hub, and BCAT’s Game of the Week.
Burlington High School Athletics, Obituaries
Recent Stories
BCAT News
Programming
Get Involved
About BCAT
Stay Connected