“It’s a chance to support the professionals who build strong, vibrant, resilient communities through the power of Parks and Recreation,” stated Egan.

The Parks and Rec staff have put together a special calendar of simple activities and events people can participate in that will be promoted throughout the month of July.

“I think through the pandemic people reestablished the importance of parks in their daily lives and also realized how important recreation was to their families and wellbeing. And also appreciate the great programs that the residents of Burlington are lucky enough to have before them,” said Egan.

During discussion board member Jim Tigges, mentioned as a child he attended Burlington Parks and Rec programs and worked for Parks and Rec in the late 70s.

Egan also gave accolades to the Parks and Rec staff and the maintenance crews. 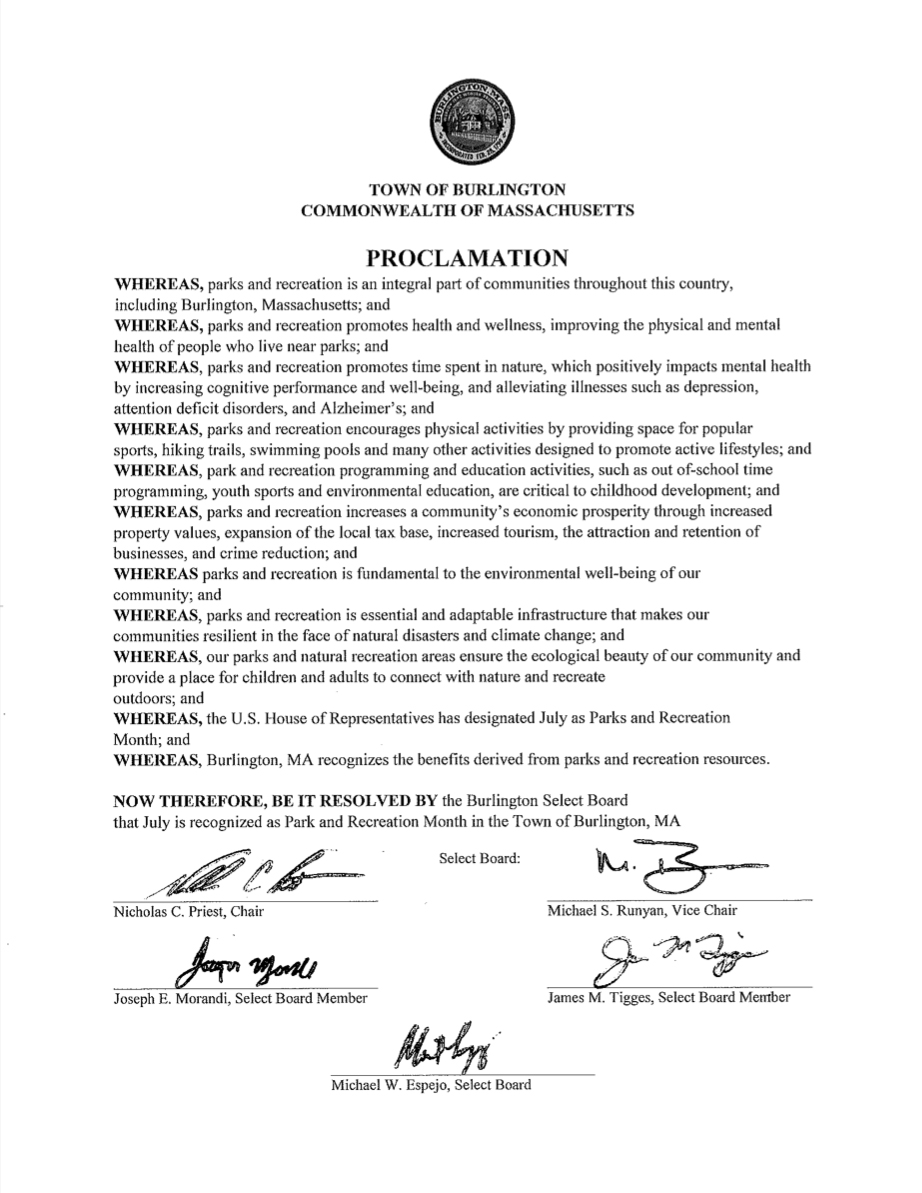 Tad Stephanak
Thaddeus (Tad) Stephanak is BCAT’s Social Media Director and Production Coordinator. Tad is a regular contributor to BNEWS and produces our BNEWS Specials, Burlington Life and several of our special features including Chamber Spotlight, Eye on Nature and Local Economic Development. A graduate of Emerson College Tad spent many years in Los Angeles employed in the entertainment industry before returning back east and has been with BCAT since 2007.
Government, Parks & Recreation
Recent Stories
BCAT News
Programming
Get Involved
About BCAT
Stay Connected