Perhaps a Random Act: Burlington Police Chief Victim of Alleged Kidnapping Was Not Known to Suspect

In an exclusive interview with Burlington Police Department Chief Thomas Browne it was revealed that based on information gathered on Sunday night into the alleged attempted kidnapping that the suspect and the the purported suspect did not know each other, highlighting the need for further vigilance by members of the public in intervening with potential dangerous situations.

For more information on the original story click here

“This appeared to be a crime of opportunity so we have to take that opportunity away,” Chief Browne said. “We just need the public to be vigilant.”

Chief Browne said that in this particular incident there has been a language barrier that has made direct communication with the alleged suspect difficult in terms of details but that the public’s response to any potential sighting of abuse is critical.

“We ask that everyone remain hyper-vigilant,” he said.

Press release: The Burlington Police Department put out this press release at 10:34 p.m. on Sunday, May 8

On Sunday, May 8, 2022 at approximately 8:20 p.m., Burlington Police received a 911 call from a caller who reported that they were driving home from work when they pulled over after the caller believed that they saw a female victim being dragged away on foot by a male suspect on Middlesex Turnpike near Great Meadow Road.

The victim was able to get away, and police located her upon arrival moments later.

The suspect, apparently startled by the 911 caller pulling their vehicle over nearby, fled on foot and is described as a white male in his teens or early 20s, wearing a black hat, black hooded sweatshirt, khaki/brown pants and black and white sneakers. 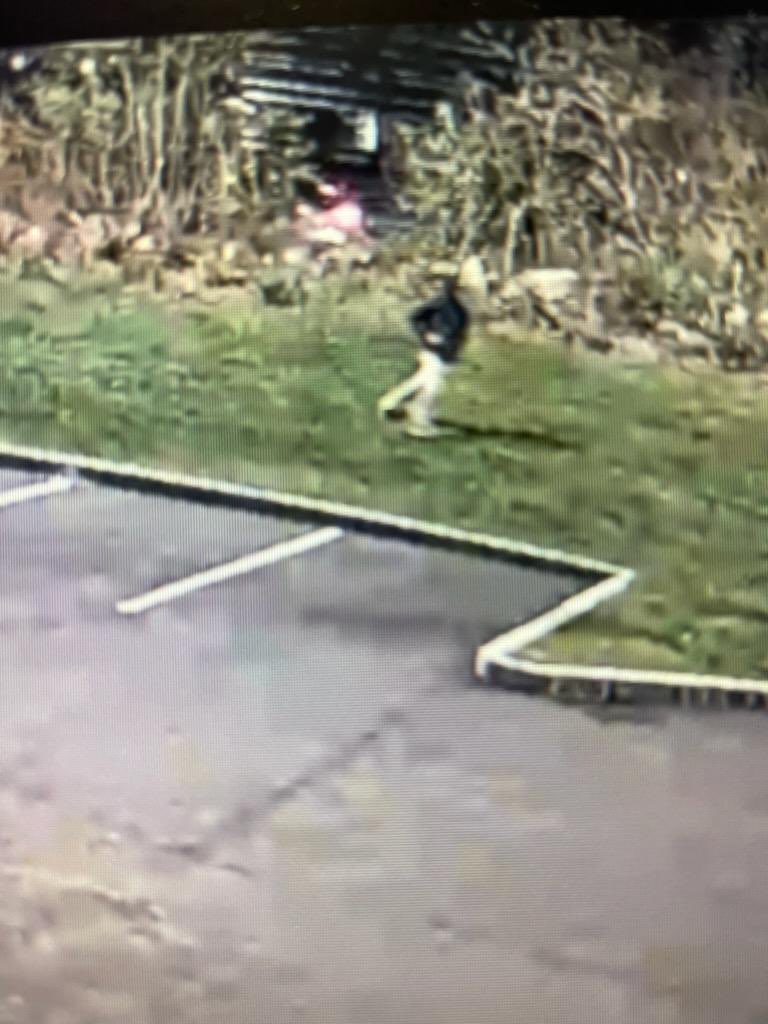 There is an active police response in the area, with significant mutual aid and Burlington Police units in the vicinity. An Essex County Sheriff’s Department K-9 and a Bedford police officer are also on scene aiding in the search.

The investigation and search remain active and ongoing. Anyone with any information on this incident, or who may recognize the person in the surveillance photos, is asked to call Burlington Police at 781-272-1212.

Rich Hosford
Richard has over 14 years in community news and experience covering local politics, crime, events and features. He began his career at a weekly newspaper then moved on to become a daily reporter. In 2010 he became the first editor of Burlington Patch before joining BCAT in 2014 as News Director. Rich has a master's degree in Journalism and Public Policy from Northeastern University.
Recent Stories
BCAT News
Programming
Get Involved
About BCAT
Stay Connected