Wednesday afternoon, members of the Burlington Boys and Girl Scouts, along with their families and other volunteers, could be seen replacing the flags on the graves of veterans at Chestnut Hill and Pine Haven Cemeteries. This is an annual ritual done in preparation for the Town’s Memorial Day Ceremony, set for Monday morning and hosted by Veteran Services. 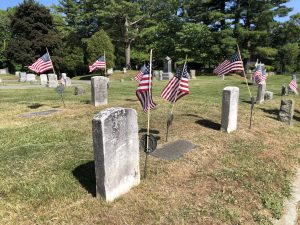 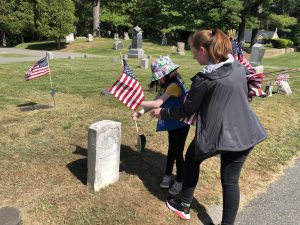 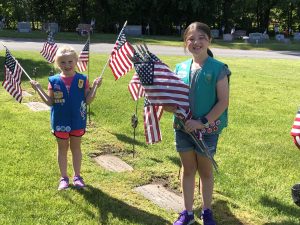 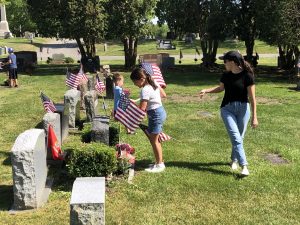 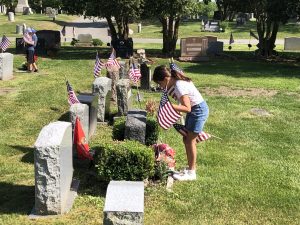 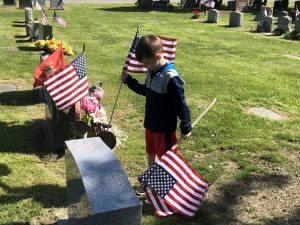 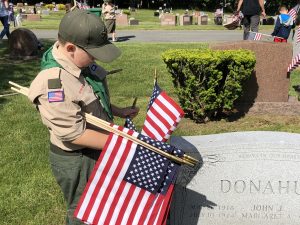 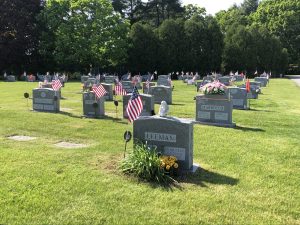 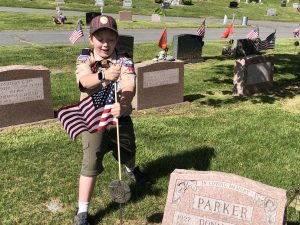 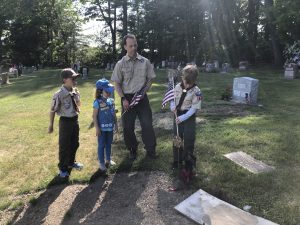 This year’s ceremony will honor the real superheroes of everyday life, those that risk their lives defending our country. Veteran Services Director Chris Hanafin said that the ceremony won’t be “necessarily commemorating the Vietnam War, it’s more along the lines of looking at the Vietnam veterans, the sacrifices they made [in the war and] everything they did afterwards, to make sure that a veteran would never be disrespected or ill-treated in this country ever again.

“It’s pretty easy for Superman to go into a burning building when he knows he’s not going to get hurt,” said Hanafin “whereas these Vietnam veterans they were getting hurt by it.”

This year’s guest speaker will be Phil Nowlan, Commander of the DAV and a Veteran of Vietnam. Donald Flaherty, a local veteran, longtime Burlington resident and community member will also be honored. The ceremony will begin at 10 a.m. on the morning on Monday May 30th in the Veterans section of Chestnut Hill Cemetery.

Chris Flaherty
Chris Flaherty is a production coordinator at BCAT and an advisor for the BHS TV high school club. Chris attended Quinnipiac University, where he graduated with a Bachelor's Degree in "Film, Video, & Interactive Media" with a Minor in English Writing in 2013. He is a BHS class of 2009 alumni, and was an active member at BCAT as Voyager and BCAT’s High School growing up. Chris enjoys giving back to the community where he grew up, and can be spotted covering many events about town. He enjoys the holiday season, going to the movies, and has always loved using video as a way of storytelling. He leads all of our entertainment reporting and coverage and produces our features and specials for BNEWS Entertainment Buzz.
Memorial Day, Veterans
Recent Stories
BCAT News
Programming
Get Involved
About BCAT
Stay Connected